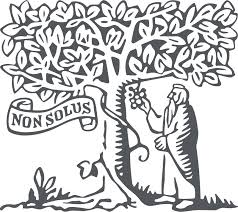 END_OF_DOCUMENT_TOKEN_TO_BE_REPLACED

The purpose of this study was to investigate the perception of success they feel in the sports field and the field of general life. 118 collegiate male student-athletes (15 basketballs, 34 rugby, 25 ice hockey, 22 baseballs, and 22 footballs) were selected as a judgment sampling, which was a non-probability sampling method. And the survey was conducted using an open questionnaire. First, as a result of inductive analysis of 'perception of success in exercise', it was categorized 10 sub-areas (individual/team goal achievement, continuance of player life, mental/physical competence, victory/new-record achievement, recognition, increase in income, joined the woks/pro team, national team selection, happiness) and 5 general areas such as Performance Achievement (34.96%), Honor (29.37%), Monetary Reward (16.78%), Status Improvement (15.38%), and Happiness (3.49%). Next, the results of 'perception of success in life' include 9 sub-areas (happiness, positive life, self-satisfaction, work to be done, goal achievement, monetary compensation, recognition, family, health) and 5 general areas such as Happiness (27.27%), Achievement (25.97%), Monetary Reward (23.37%), Honor (13.63%), and others (9.74%). In summary, performance achievement was high as a reference for success in both exercise and life. Above all, subjective happiness was high as a criterion for the success of life, and it showed a different result than the previous one, which regarded exercise as a means for increasing economic income or increasing status.